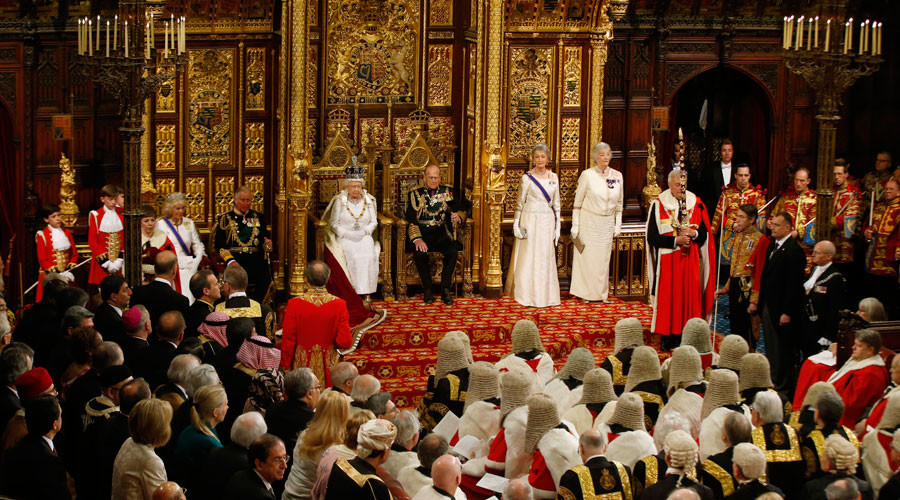 I was asked to comment last night on Radio 4’s PM programme about the commitment in the Queen’s Speech to 10Mb/s broadband for all in the UK by 2020. The BBC only had a very limited time available, but I did manage to get ‘fatuous’ and ‘insane’ into my piece, which gives you some idea of where I’m coming from. The on-air piece itself is available here on iPlayer (starting 17:37 in).

In short, the nettle that hasn’t been grasped by successive governments and their advisors is the toxic combination of:

The first of those has held the UK’s infrastructure back by a decade for nearly three decades. The second is incomprehensible, from governments who have chose to spend £42Bn (which we know will at least double by the time it’s built) on HS2, a system that’s likely to be obsolete by the time it’s completed and which will only provide a marginal and dubiously calculated benefit to a few rather than creating a virtuous circle of communication for every home and business in the UK. The third is also hard to attribute to a single cause, but I rather suspect a combination of technical illiteracy and lack of strategic capacity across much of Parliament and the Civil Service.

There is also a basic assumption peeking out from behind this announcement, and it is that rural dwellers are second class citizens, content to live their lives in bucolic decay, with the bare minimum of service required to ‘do their tax returns’ or ‘order new wellies online’. The alternative would have been to say, “We want all parts of the UK to share in the transformational impact of globally-competitive broadband”. Unfortunately that manifestly isn’t the case: there appears no intent to establish a nationwide level playing field from which communities can regenerate and stimulate their economies with new businesses, services and opportunities.

The ‘Value’ of USOs

To add more detail to that, the idea of a Universal Service Obligation (USO) for broadband is entirely appropriate and is many years overdue. Unfortunately, it is too little, too late and is now conditional, which makes it neither universal nor an obligation. As well as only providing to those areas that ‘ask’ for it (without providing any detail on just what that means) the government has set a £3,400 ‘value point’ for the cost of connecting any given property, which means that the nominated provider for an area (almost certainly BT) can refuse to connect any property which would cost more than that to connect (or can ask the property owner for what are, typically, ludicrous connection fees). The way things were phrased is that this £3,400 value point is calculated on a per property basis. So, when – like us – you have a glen of nearly 200 properties, BT can say to each, “Oh, it’ll cost more than £3,400 to get a basic 10Mb/s service to you, so you can’t have it”. And they’d do that for each property in the area, ignoring the aggregated cost/value equation for all the properties. In our case, that would be around £620,000, which is actually more than enough to connect our entire glen at 1Gb/s (as we’re hopefully about to prove), rather than at the derisory 10Mb/s specified by the government. That’s 100x faster broadband for the same assessed value. That, by the way, is if you’re NOT BT: a company which can manage to charge £3,400 for digging across a pavement. There is an absolute inevitability here of a ‘Divide and ignore’ tactic for whole communities.

Now for the 10Mb/s performance goal, which demonstrates a complete failure to understand either demand or the threat this represents to (mostly) rural communities. This is both a massive poverty of ambition and a dangerous irrelevance: it is dangerous in that it will lead to partial provision of a bare minimum service using technologies whose capacity cannot simply be turned up as demand increases. 10Mb/s is so far behind the demand and service curve that it actually locks communities where only that level of service is available into continued lack of opportunity, deprivation and decline.

There’s a degree of elasticity in demand and services (i.e. you can get away with a bit of a differential between areas, as long as it isn’t too great) but, as more and newer types of service move online, these are built for the majority or most affluent demographic, leaving those more than a certain percentage behind the mean out in the cold. Again. And this is a continuous process, to which the only equitable answer is to invest in a national infrastructure where performance increases are simply a matter of turning up the wick when needed, not of expensively ripping out existing obsolete infrastructure every time demand changes (or indeed refusing to do so).

By way of example, TV channels are starting to move online-only: BBC Three has already done so and subscription Video on Demand (VoD) services such as Hulu, Netflix and Amazon are fast becoming the primary channels for new programming. The rise of 4K TV requires approximately 28Mb/s for EACH stream. Forthcoming 8K TV services will require more than 150Mb/s for each channel.

And two other transformational technologies are rapidly approaching: Virtual Reality and online services driven by Artificial Intelligences: both assume full time, unconstrained internet connectivity and the former at least, requires some serious bandwidth. The latter are crippled if you cannot casually interact with them, as anyone who’s tried to use Apple’s Siri over a slow connection has discovered (I didn’t see the point of Siri until I was working in a well-connected part of the world, at which point it became uncannily good at doing stuff for me, saving me hours of time).

Even without those, rural areas such as ours attract tourists and those tourists increasingly won’t go somewhere where they don’t have bandwidth. Exactly the same applies to knowledge-based companies, many of which would love to relocate to rural areas where they have space to think. They certainly aren’t going to do so at 0-10Mb/s.

Which leaves areas like ours largely dependent on agriculture and tourism and without the diversity and accompanying resilience of enterprise, skills and opportunities that lead people to not only stay in an area but actively seek to move there and create wealth. And of course, people stay less in an area where they don’t have either decent broadband or mobile data: our local hoteliers and B&B operators are losing bookings, big time, because they can’t offer decent connectivity.

“Ten years ago, we could sell  ourselves on the basis of “Come here and get away from being continually online”. Now, people won’t come if they can’t connect and we can’t get sponsorship for our festivals as people can’t tweet and post live on Facebook. And there is no hell like a family holiday where the children can’t get online.” –– Tom Lewis, Monachyle Mhor.

In the last six months, the UK has fallen from 19th to 26th place in the global league table for internet connections above 4Mb/s. In the second quarter of 2015, global average peak connection speed (best practice average, and measured, not claimed) was 32.5Mb/s, and growing at 26%/year (as measured by Akamai) if that trend continues, Global average peak connection speed in 2020 will be over 100Mb/s. That’s the point at which the UK government will be requiring a ‘USO’ of 10Mb/s.  In the March 2015 Budget the then Coalition Government announced a new ambition that ultrafast broadband (speeds of at least 100Mb/s) would be available to nearly all UK premises, although no target date was given. So how then does that square with a partial requirement of 10% of that?

So, if you’re going to impose a USO, it needs to be for the delivery of a future-proof connection where future performance is simply a matter of turning up the wick. Now and for the foreseeable future, this means fibre to the premises. It also needs to be dynamic, set at a percentage of peak average, preferably referenced at a global rather than national level. To be the fifth largest economy in the world and the 26th in terms of penetration of even pretty basic broadband is damning, illustrated here with a 2012 quote from Peter Cochrane, formerly BT’s Chief Technology Officer:

“Britain is being frozen out of the next industrial revolution… …In terms of broadband, the UK is at the back of the pack. We’re beaten by almost every other European country and Asia leaves us for dust.”

Prior to BT’s privatisation, Peter was in the process of setting up the factories that would have brought fibre to every home and business in the UK, by the mid-nineties. Think on that.

There are times and places where the traditional British approach of compromise, of not rocking the boat and of trying to do things without upsetting incumbent and vested interests can deliver some semblance of a result. This is not one of them: the failures of vision, strategy and of basic technical and market competence manifest in the government’s communications strategy are, frankly, breathtaking.

And this is a UK problem: Telecoms strategy is reserved to Westminster so, as long as Scotland (and, I assume, Wales and Northern Ireland) doesn’t have the ability to make its own choices and has to hang on the UK’s coat tails, it’ll suffer from the same poor choices and bureaucratic nightmares that have bedevilled the overall BDUK programme and, by extension, its Scottish call-off project, DSSB. That then leaves Community Broadband Scotland (the fill-in project for communities not covered by the BDUK and DSSB rollouts) in the invidious position of being beholden to the processes and strictures of the national schemes and being apparently unable to respond to how a genuinely cost-effective community-led project comes together.

Of course, even were Scotland allowed to make its own decisions doesn’t necessarily mean that it would do any better. It could not however do much worse.

At the moment though, Ed Vaizey’s vision of a “Gigabit Britain” by 2025 will remain a pipedream for most, defeated by the government’s own policies and weaknesses. The only areas which will achieve that  under the current environment are those where the incumbent has effectively been kicked out by more innovative and cost-effective community and commercial operators such as B4RN and Gigaclear. What is holding those communities and operators back (ourselves included) is a combination of overweening bureaucracy (and we can’t blame the EU for this) and lobbying and commercial sabotage by BT. It is however just possible that there will come a tipping point where this ‘bottom-up’ sourcing of competitive internet access becomes unstoppable and it spreads like a benign invasion across the countryside, displacing the BT dinosaur and heralding the revival and transformation of the British rural economies. We can only hope.

About the author: The author has been an internet user and researcher since the early 1980s. He has been a pioneer of a number of the technologies and services that we regard as ’normal’ today and has been advisor on online strategy to companies such as Apple, AT&T and Intel. He has been the technical authority on a number of UK public sector procurements and has worked extensively in R&D in the online, games and television industries, including with the BBC.