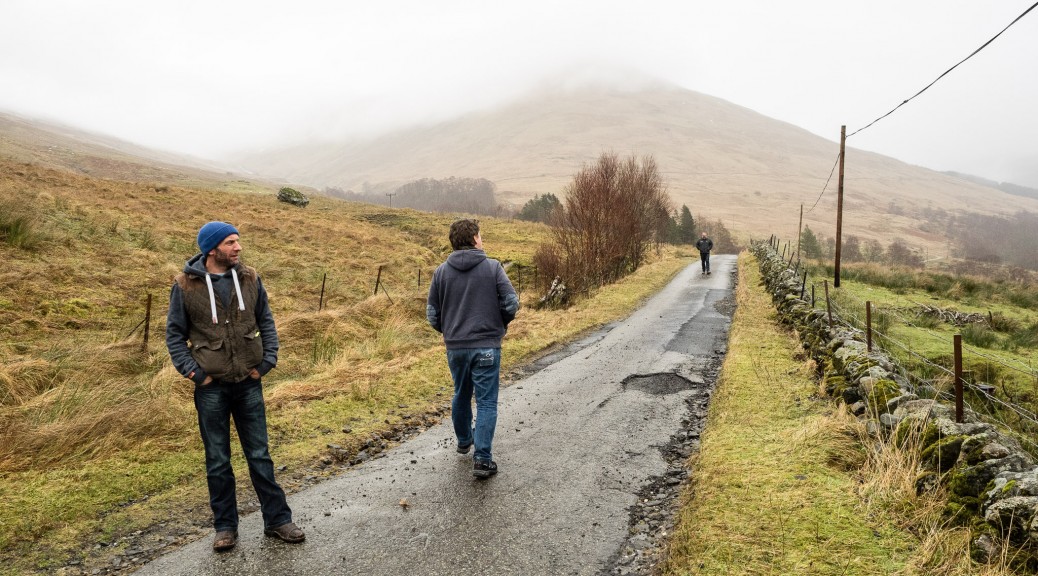 We’ve had the cabling company that works with Bogons, our preferred supplier, out to look at the glen and they’ve now been commissioned to come back and carry out the necessary detailed survey (taking 4/5 days) to fully cost what’s needed. That’s happening from 8 March. We’ve asked them to provide us with a menu of costs for each part of the network: the 13km that gets to all bar 22 of the 178 properties in our area and for each segment beyond that (totalling another 13km). This will let us work out just how much of the work we need to do ourselves to get to all parts of the glen: we know that the only way we will be able to provide fibre to every house or business in the area will through significant community effort as part of the lay.

The rest of our costs are now fairly firm, so we’re awaiting the survey results that will let us know just where we stand. We’re including in that survey the costs of crossing both the glen road where needed and the A84 where we’re serving Balquhidder Station.

One thing that has come out is that there are quite a few areas where we could lay armoured cable behind walls and along fences – which saves money – and others where we’d need to find a way through the trees that come to both sides of the road – which can cost more.

We’re also investigating technologies to provide fill-in wireless service to any of the outlying areas where there may not be sufficient commitment to help with the laying of fibre.

This week’s announcement from OFCOM is – as far as we’re concerned – a bit of a damp squib so far. They haven’t decided to break up BT immediately (which is desperately needed) but they are going to require BT and Openreach to make it much easier for third parties (ourselves in this case) to use their poles and ducts to lay cables. That does already exist, through a process called a Passive Infrastructure Access (PIA) agreement, but they make it so expensive and difficult to do that all the advice we’ve had is to go nowhere near them. If however OFCOM do make it easier in the near term, we could see some significant savings on our costs.

As many of you know, we were hit badly by the sudden (i.e. zero notice) withdrawal of the Broadband Voucher Scheme in October so, whilst we still have the core funding from Community Broadband Scotland, we’ve been looking for other ways to fill the gap that’s been left. Once we have the full survey figures we’ll have a much better idea of how big that gap is. One option is to make an application to CBS that’s above the State Aid threshold of €200,000, but that’s very much a last resort as it would put (at minimum) a year onto our rollout due to the insane bureaucracy involved to satisfy the EU that we’re not distorting markets with state aid(!). So we’re very actively pursuing other possibilities – one of the issues however is the EU directive on state aid that makes it difficult (but not always impossible) for two sources of public funding to contribute to a project.

As always, if you’ve any questions, please get in touch and we’ll answer as best we can.