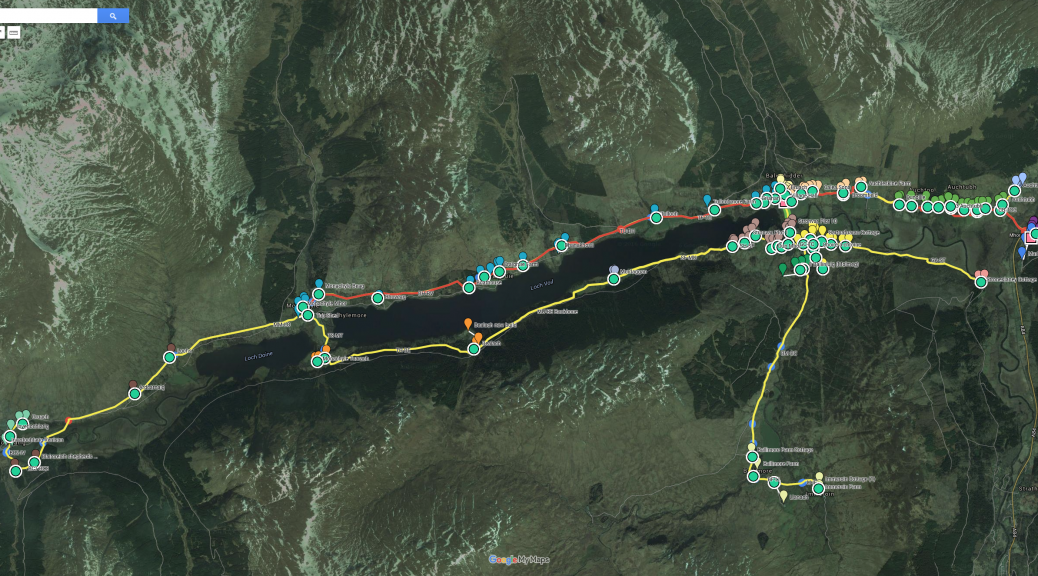 In a world where uncertainty and idiocy seem to be the new normal, we know we can rely on one thing: the slow-moving nature of British (and Scottish) bureaucracy. We are though, however belatedly, now in the 30-day State Aid Public Consultation window during which commercial operators can rock up and say if they’re planning to do anything in the area. Given that our repeated representations to BT over the years have come to naught and that other commercial operators have refused to consider us – not least for fear of BT deliberately running a ‘spoiler’ project – it seems fairly unlikely that anything will interrupt progress.

Once that’s over, after 5 August, we should be in a position to agree final funding packages from Community Broadband Scotland, Stirling Council and LEADER and then go ahead with a series of procurements under PCS (sorry, more acronyms, this one being Public Contracts Scotland). That will give us the contract for Balquhidder glen’s connection to the wider internet, access to the materials we need to lay a network in the glen, the funding for costs and expenses in doing so and access to the training and specialist services we need to make it happen. We’ve had repeated assurances from CBS and their retained consultants that this will be able to happen this year, but experience suggests that we not hold our collective breath.

That doesn’t however mean that nothing’s happening: far from it. We now have our near-final network design (image above and at top), subject to final tweaking and refinement, so we know how much fibre we’ll need, where it’s going to go and how much it will cost. We’ve been in discussion with the funding bodies to see how best to structure things and we’ve been looking for commercial sponsorship to keep us going: this project really requires a full-time team and trying to cope with the massive delays is costing us dearly in terms of volunteer time.

Moving on, those people who’ve indicated that they’re in a position to help out will be contacted shortly as we continue planning what happens and when, and those of you whose land will be crossed by the fibre will be contacted individually to discuss route and permissions.

We’ve also had a fair bit of media interest: Following our recent appearances on BBC Radio 4, a journalist from the Daily Telegraph spent a couple of days here recently, doing a piece for their weekend supplement on both our being a community with dreadful broadband and one that’s actively doing something about it. That should appear sometime soon. And Bill Jamieson has just written a piece on us in August’s Scottish Field magazine. The latter appears to have been edited rather heavily but still gets the gist across.