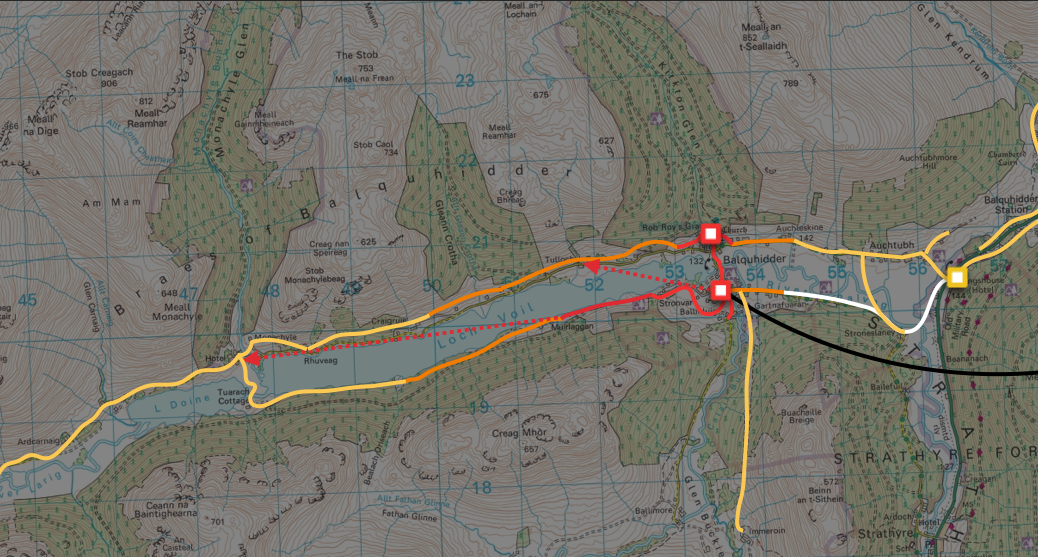 We’ve been a little light on the web updates of late, not least because everyone is out taking advantage of the good weather to dig holes in the ground, install duct, build chambers and (of course) drink tea!

The map at the top here shows a summary of where we were at the end of May, with the ducting now progressing outwards from the village, to the west and the east. A number of properties in those areas are already connected, with many more ready and waiting, although our next blowing/splicing session has had to be postponed until the weekend of 6-8th July. At that point we’re hoping to connect those properties at Gart and in the Village whose connections have already been prepared.

We’ll also be holding a show’n’tell session for those interested in helping out with the splicing programme, which is currently our biggest bottleneck in the rollout – more details on venue and timing shortly there.

Since that progress map was last updated, much further progress has been made: diggers are en-route both sides of the loch, from Danakhosa towards Craigruie on the north side and beyond Muirlaggan towards Bealach and Tuarach on the south. The crossing of Loch Occasional from the Old Post Office site to Stronslaney is also under way, and planning is well advanced for the route to Edinchip.

And, if anyone’s looking at the tensioned wire being used to get the fibre across Calair Bridge, don’t worry: it’s temporary whilst we wait for the Park to make a decision on the clips we’re allowed to use to fix the duct to the back of the Listed bridge.

Our local team and Bogons managed to get a temporary point-to-point radio link running between Muirlaggan and Monachyle Mhor in time for the Mhor Festival at the end of May, enabling their thousands of visitors to get wifi access all around the grounds – at a place where there is no mobile signal, this was a major step forward, and will stay in place until we’ve completed the fibre build to that end of the glen.

We also have an experimental system installed to test the coming generation of TV White Space (TVWS) technologies, which use the frequencies vacated by analogue television to provide lowish bandwidth but long range communications. Here we’re working with Edinburgh University and Microsoft Research to provide them with a testbed. We’re not planning on either radio or TVWS being part of our long-term solution, but we’re a good area to be testing new technologies – we’ve relatively little interference from other radio sources and we have all the things that conspire to limit what can be done with radio systems: mountains, forests, water and weather…

Finally, can any businesses who have not yet responded to David’s email about the broadband voucher scheme, PLEASE contact him asap.