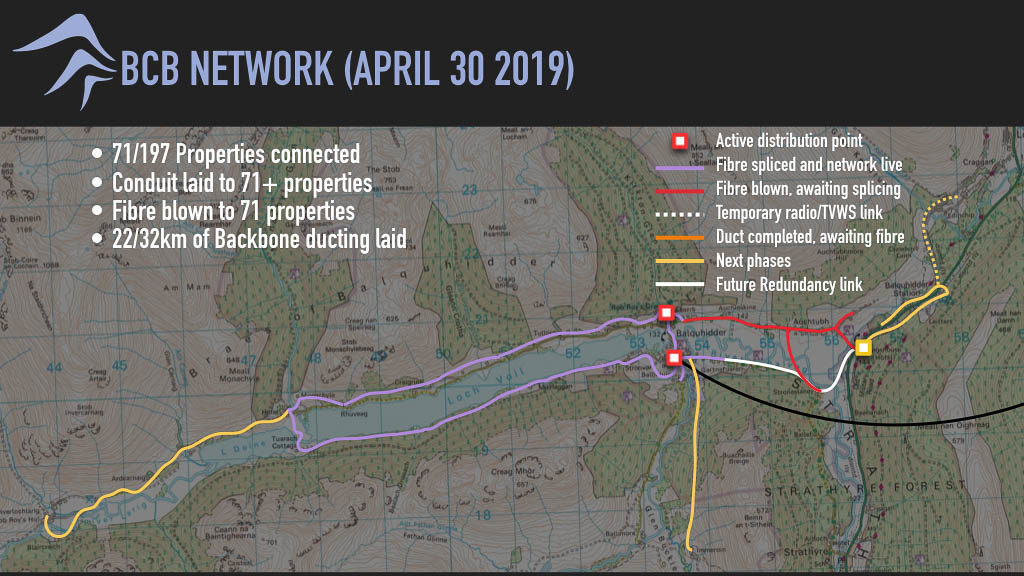 IMPORTANT: We are aiming to splice the fibre to properties between the village and Mhor 84 starting from 15 May. So, if you’re a householder on that route, please make sure that you’ve got the drop tubing to your house in place and buried before then if you want to be connected, if this hasn’t already been done. We can’t guarantee when any properties that miss out this time will be connected.

For the last couple of months, the team has been working flat out to get the ducting in to enable us to get to the entire eastern end of the glen, from the village east to Mhor 84.

After a huge push in late April to get the job done, last weekend saw the fibre blown into the final stretch from Auchleskine to the cabinet at the village hall. 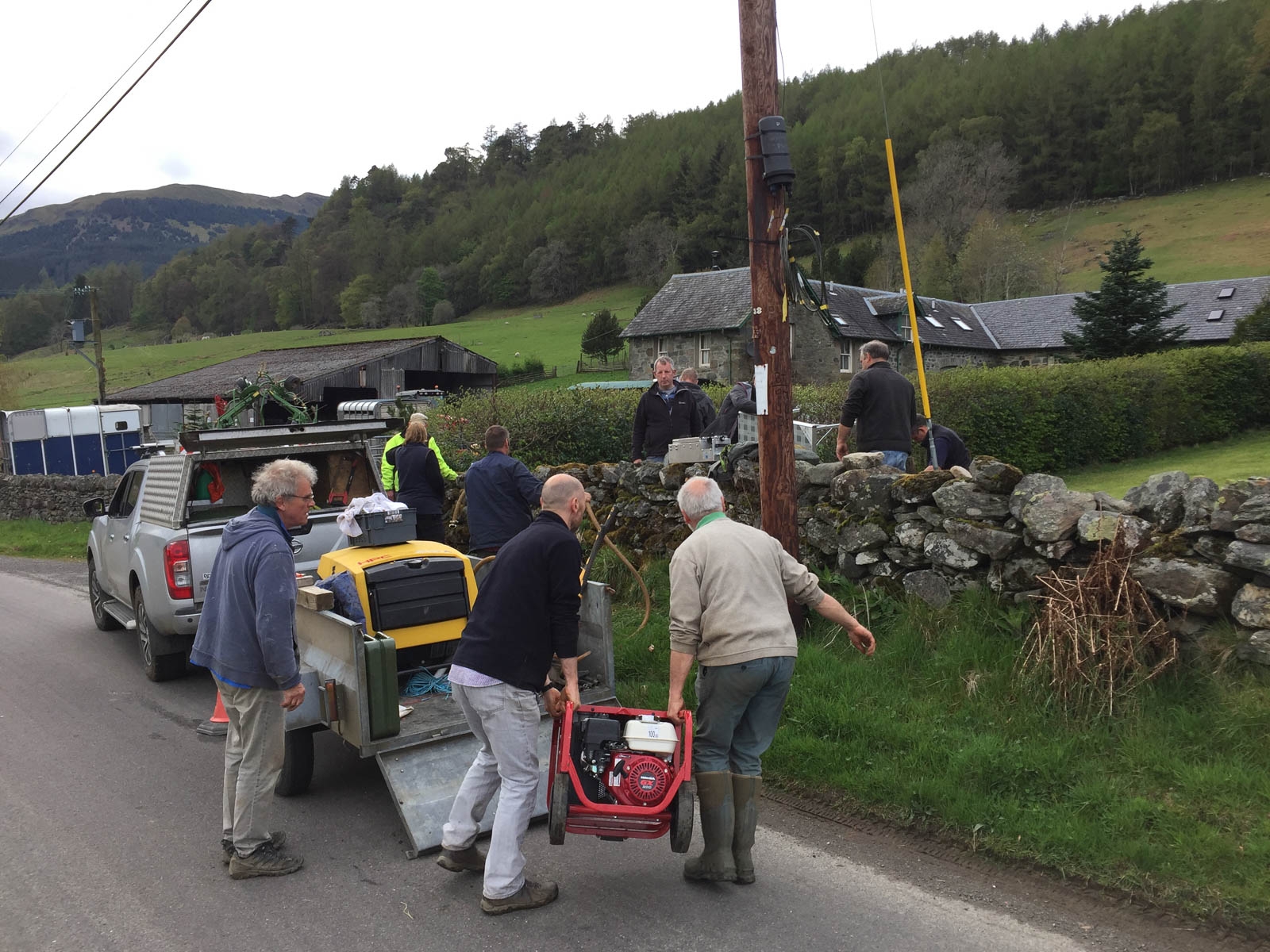 So a really big thank you to all of our volunteers who helped with the fibre blow. Despite some hiccups with the ducting, both the man/woman hours worked and the number of metres blown are staggering: over the four days the volunteers racked up the equivalent of 40 days of work, giving 1,600 hours of their time for the benefit of the rest of the community. 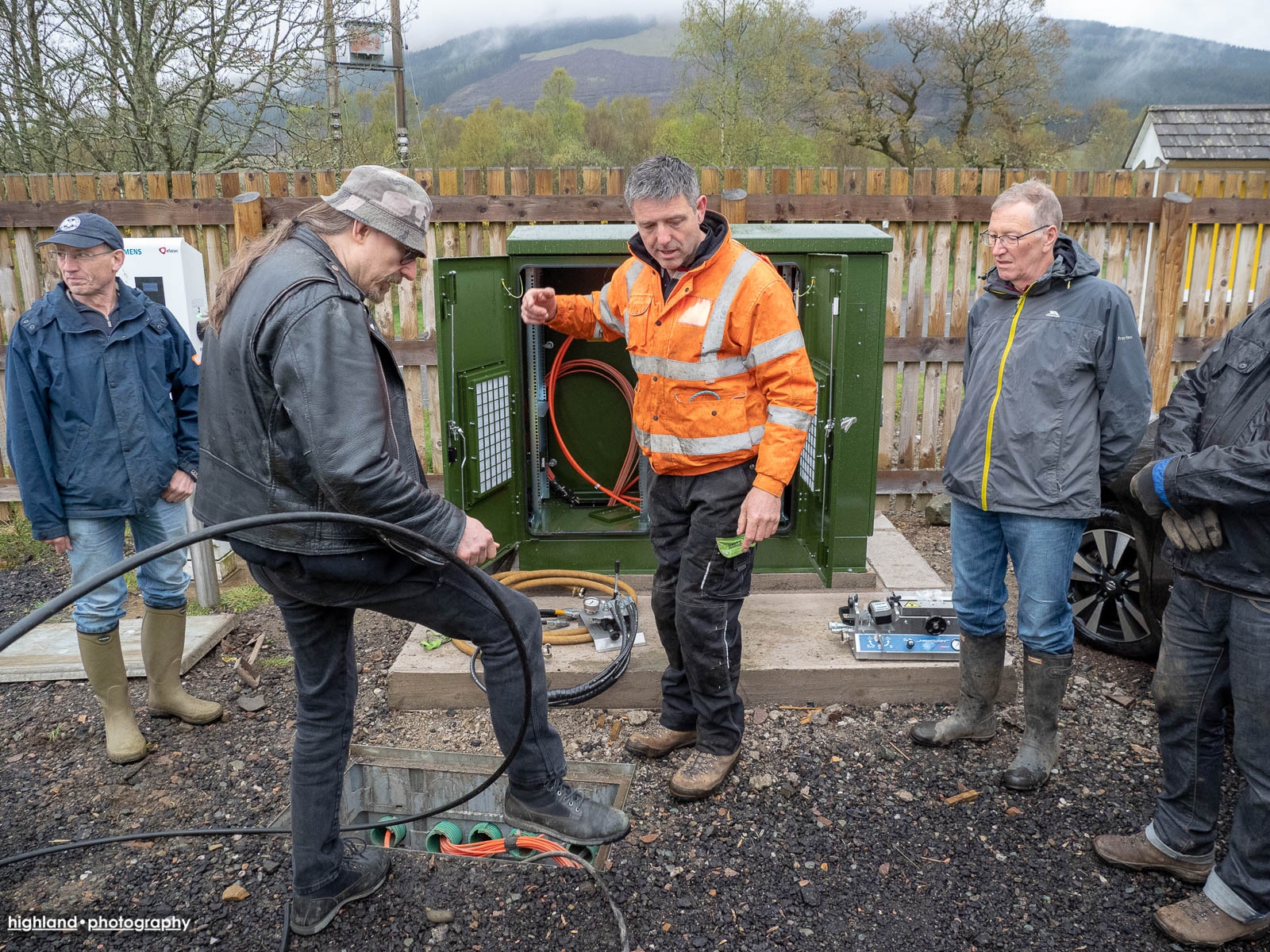 Because the front end of the fibre had to be blown through multiple stages over the 4km from Mhor 84 to the Village Hall, the team ended up blowing the equivalent of more than 19km of fibre. Statistics for the vast quantities of tea, coffee, bacon rolls, sandwiches, scones, cakes and biscuits produced and consumed are not currently available. 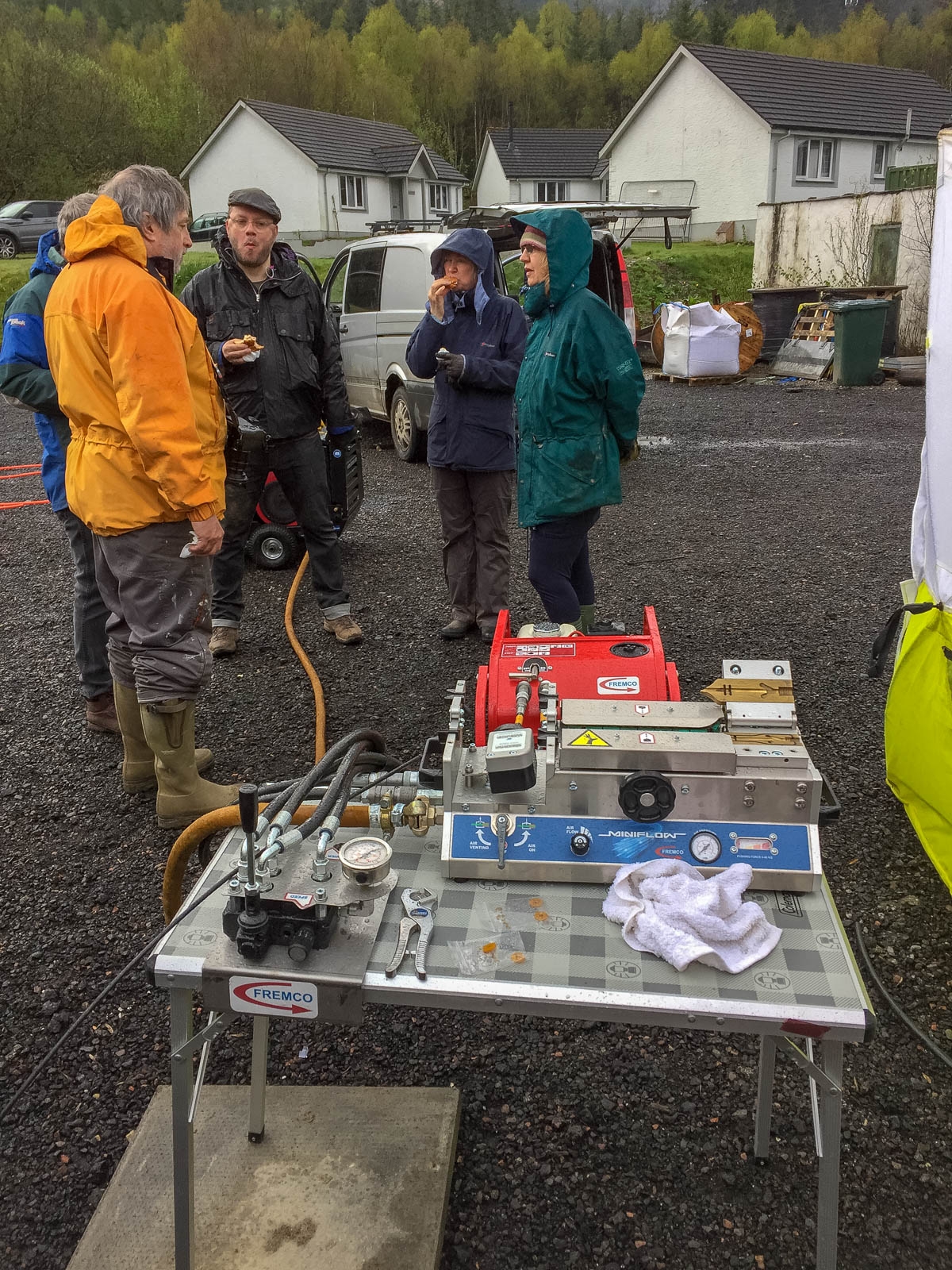 There is quite a lot of tidying up to do over the next few days but we are set for a splicing session beginning on the 15 May. The first activity there is to splice the core fibre at the Village Hall and Mhor 84 Cabinets, after which we will be starting on the house connections. 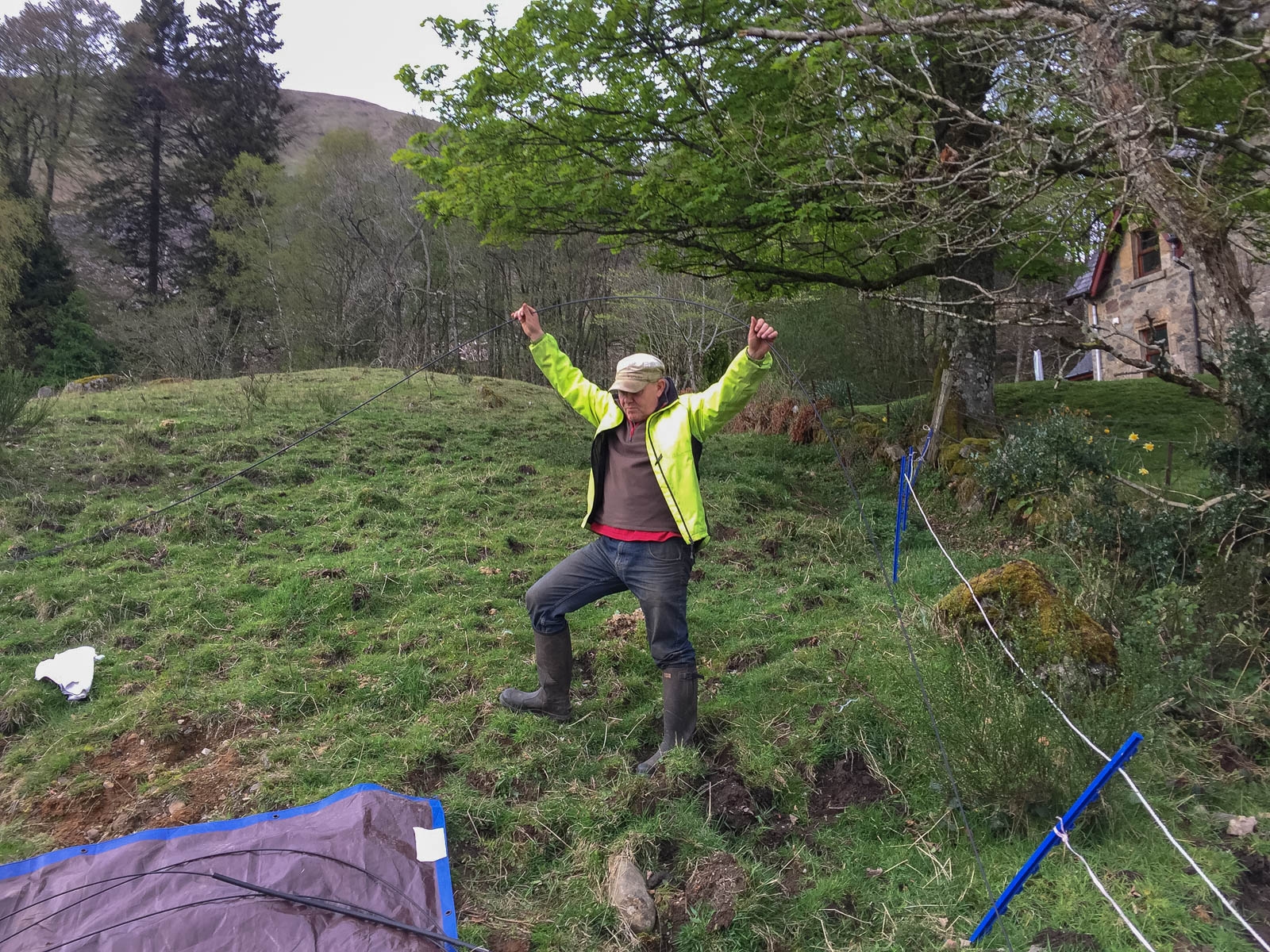 Quite a lot of house drop tubing is already in place and we will be working on the last runs. We also need access to bring the tubing into the properties and fit the splice box and media converter boxes. Once this is done we will be able to blow the house drop fibre back to the pits where if can be spliced to the core fibre. In each house the fibre also has to be spliced so it can be connected to the media converter.

When we splice at each pit we want to complete the spicing for each of its house connection drops. This is to avoid opening the pit again which could risk breaking connections already completed. We will therefore be starting at the pits where the work at all of the houses has been completed  and will return to the pits where the houses have not been completed at a later date – we can’t  guarantee when that will be.

One thought on “(Another) Big Push, Pull and Haul”